The Sisters were delighted to receive a invitation to attend and bless the opening of Pride Week (14, 15, & 17th Oct) at the Milperra Campus of the University of Western Sydney. The numbers on campus are not huge (around 5,000 in all) and the sisters noted as the usual mob of devotees was absent, the tone of the manifestation was certainly more intimate that usual. As the pre-prepared blessing was instantly rendered inappropriate, we afforded ourselves the opportunity of quietly walking around the quadrangle speaking to the Gathered Faithful and blessing anything that was standing still.

Our support goes to Bryn and Mary for having the courage and dedication to stage such an "out" event in the face of obvious adversity for gays and lesbians. Their preparedness to put themselves out on such a public limb in what is obviously such an hostile environment is certainly a lesson for us all in just what Pride really means.

As we needed to return to the city just after lunchtime, we were not able to meet any of the other members of the Spectrum Collective, however our best wishes go to them as well. 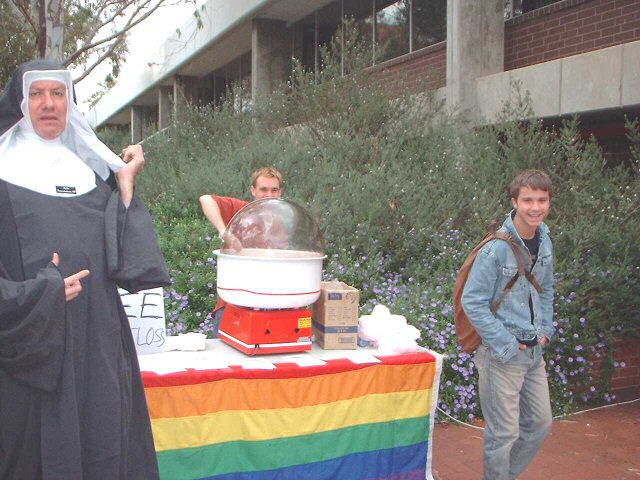 Mother Premonstratensia and the Fairy Floss! 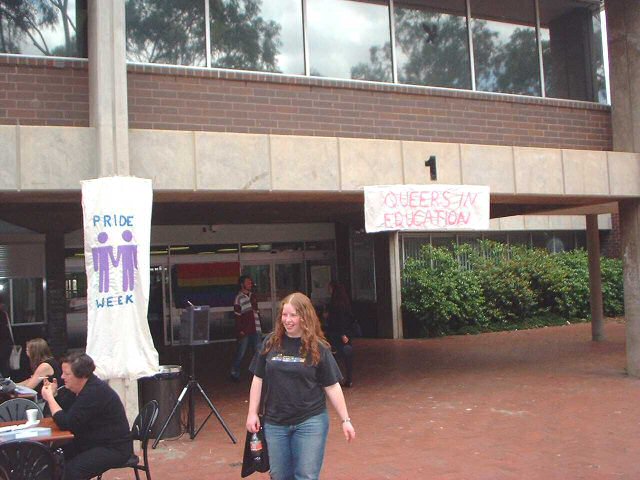 Pride Week Banners outside B1 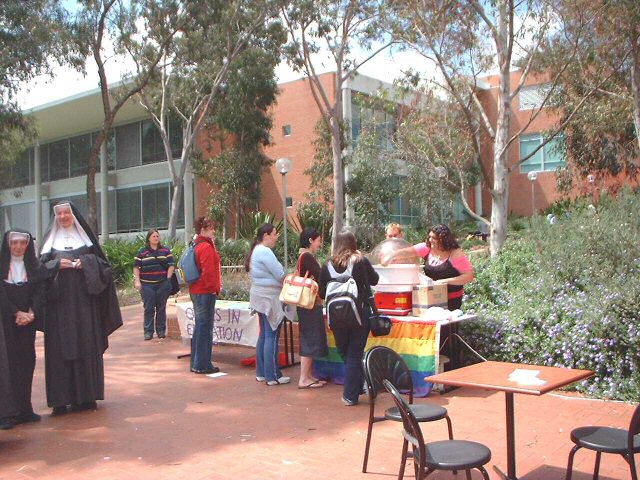 The free Fairy Floss was popular! 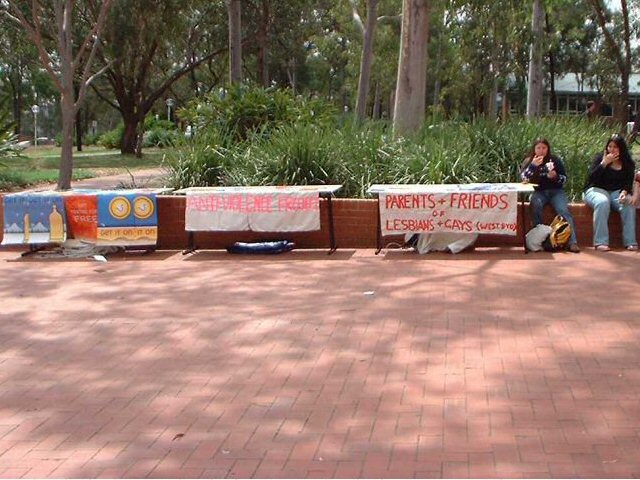 Information stands set up in the quad. 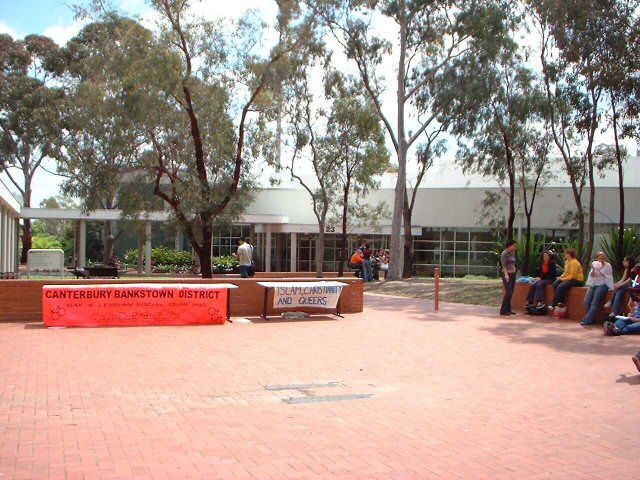 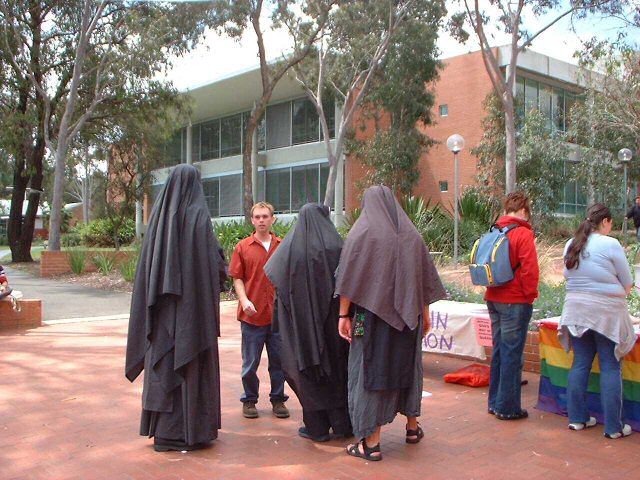 Nuns bear down on Bryn 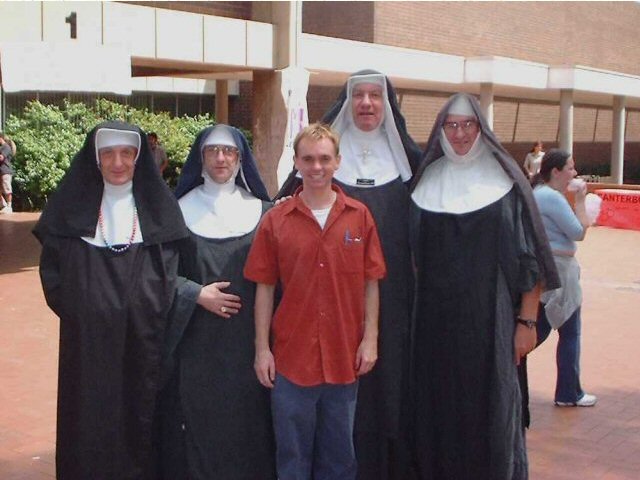