Founded 1981 - Promoting the Expiation of Stigmatic Guilt through the Promulgation of Universal Joy!

Saints Of The Order Of Perpetual Indulgence - Sydney House

The ultimate accolade of goodness that the Sisters can bestow on someone is that of canonisation, or elevation to sainthood.
This is not something which happens without deep consideration and discussion. Such deliberations do not include object of the canonisation.
Unfortunately, much information regarding early saints of the Order has been lost.
Sister has endeavoured to make this acknowledgement as complete as possible, however there are gaps.
If you have any further information to offer about these or any other saints of the order, Sister would love to hear from you.

Saint Don the Dauntless - Fearless Fighter - In recognition of his many years of support and work with HIV/AIDS and in the establishment of ACT UP Sydney.


Holy Sisters of Perpetual Indulgence Shout Dingo! People from all residences in the town of Sydney enclosed nations "cheerfully and leatur" collecting in this place known as ACON eight SOPHIA Street with the chapel of St. Sexburghi, Greetings! To use the sacred order of perpetual indulgence and when they are called to order, and with it their collective expression of joy and honor for many We declare that the servant populurom Don Carter, through his labour of love, and many acts of charity in the brave founding of ACTUp, Sydney. A small deserved honour and dignity of the atlas is under the title of holy devotion ..... the OPI canonize Don Fearless fighter testimony and seal fixed to .... 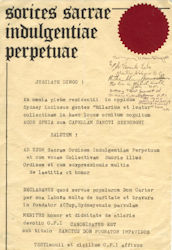 Saint Wonder The Webdog (St WD 4.0)
Canonised 5th March 2009
In recognition of his many years of quiet, tireless, background support of the
Sydney Sisters. Saint WD has also worked to build and maintain the Sisters Internet presence both through their website and as an administrator of their Facebook page. 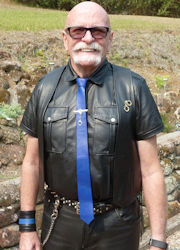 Cardinal French
Saint Robert Of The Rainbow Chronicles
Canonised 23rd February 2020
In recognition of his many years of support, not only for the Sydney Sisters in leading their annual History Walks, but also for his work as a historian and author in promoting the gay and lesbian history of New South Wales and Sydney in particular as well as his ongoing work with young people to ensure this history is not lost or forgotten. 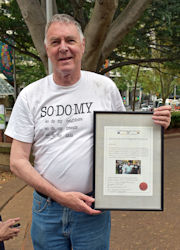