On Saturday 13th August the Sisters, some in habit, others in secular guise, gathered at Northwood Manor to celebrate the fortieth birthday of Sister Cardiopulmonary Resuscitation II, i.e. Robert.
Plentiful libation and sustenance ensured that a good time was had by one and all.
Due to several requests which came with the r.s.v.ps, the proceedings were briefly interrupted for the viewing of the final episode of the current season of Dr Who, which the IT capable WD (4.0) had arranged to have shown on the big screen being used to show a cascade of photos of the guest of honour. 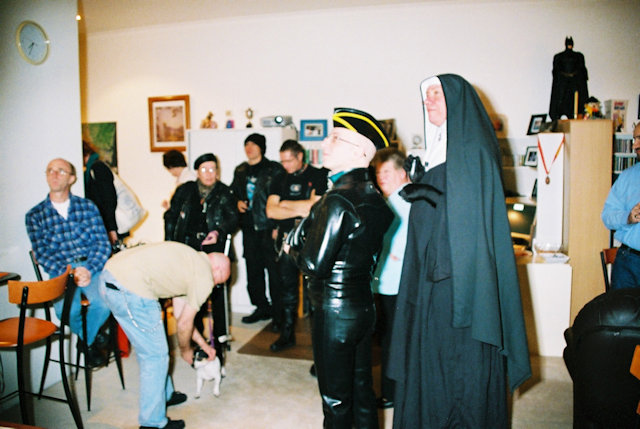 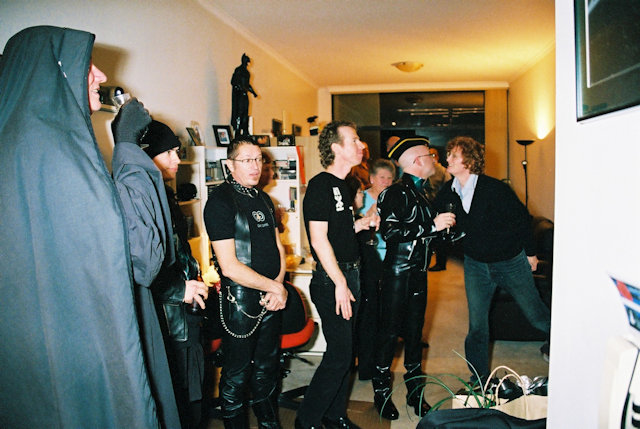 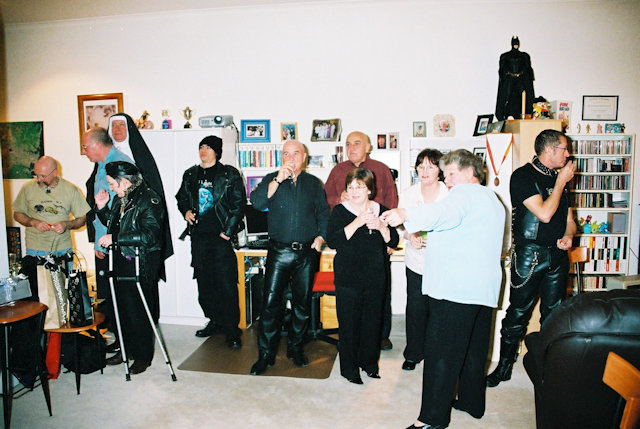 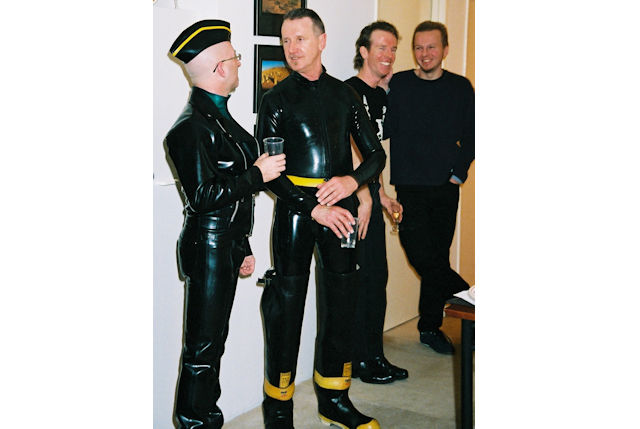 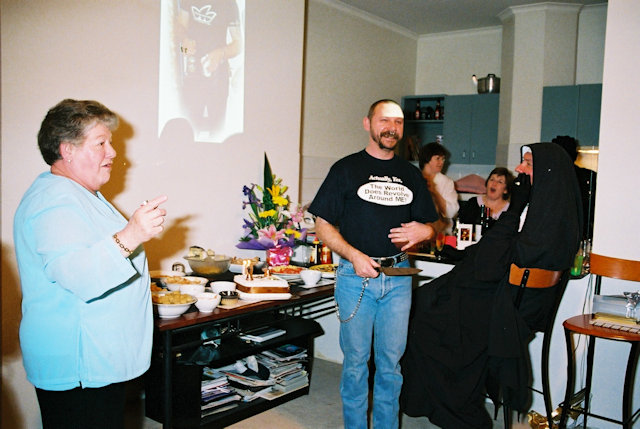 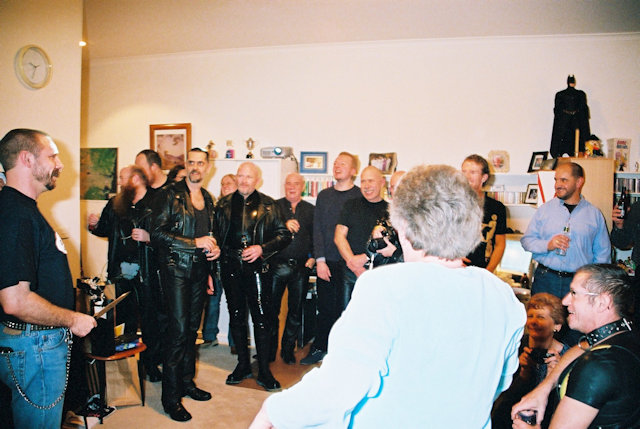 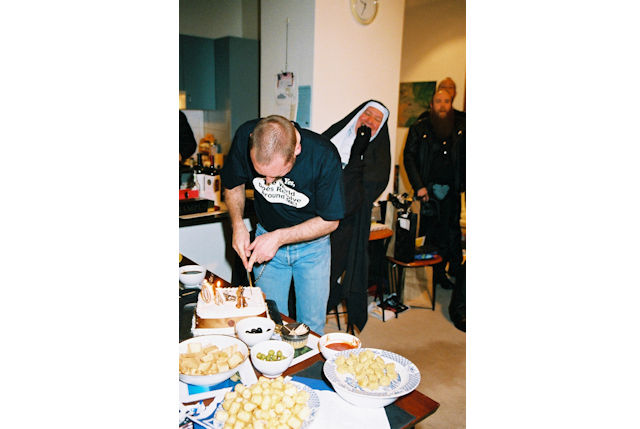 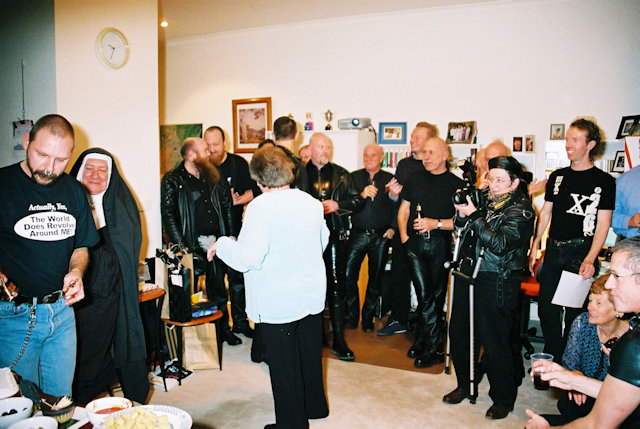 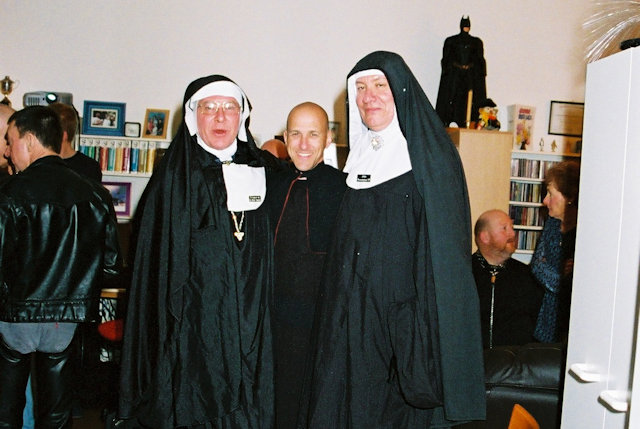 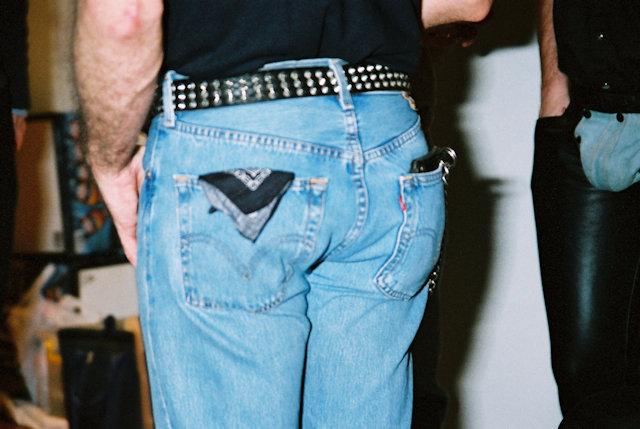 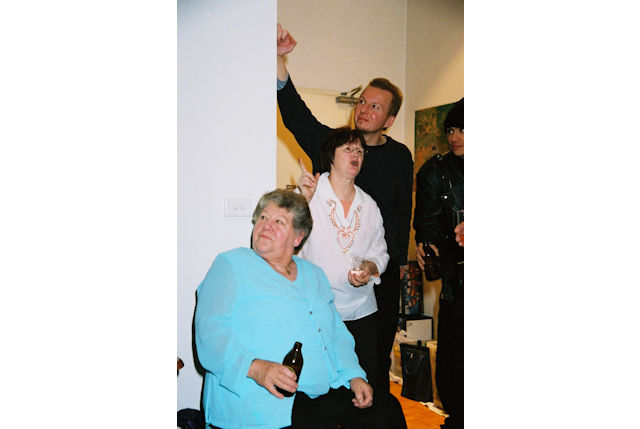 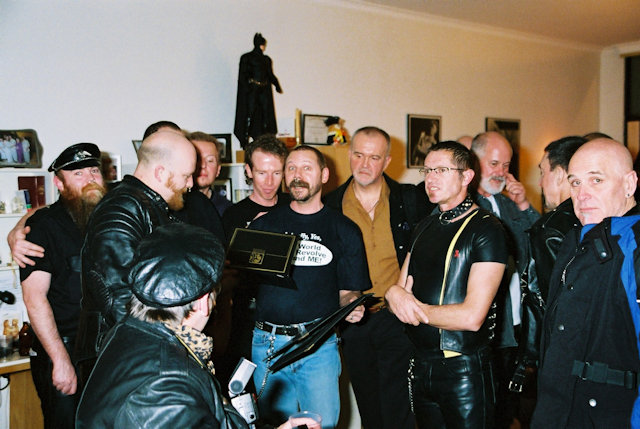 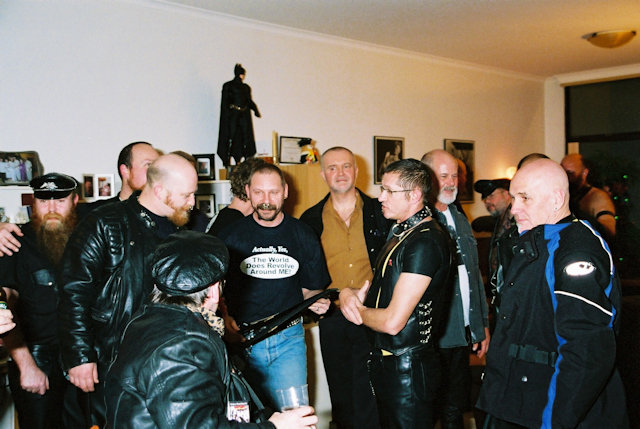 Photos courtesy of the webdog
Back To 2005 Archive