Mother Premonstratensia, and Cardinal Titi, Chartay Immaculata Deceptionata gathered in the wee small hours of the morning (8:30am) at Cardinal Titi’s convent. The horseless carriage carrying Sister Cardio Pulmonary Resuscitation the Second, and driven by his faithful companion dog duly arrived pulled by one of those infernal combustion engines! Banner’s, bags, eats and seats were loaded into the Nun-mobile and we set off for the Park.

Having disembarked from the conveyance we finally found a possie smack in the centre of the Communities tent, where we positioned the banners, artwork, and stickers.

A little later we were joined by Sister Salomé of the Ninth Mystic Rhinestone; Sister Rowena, Keeper of the Holy Doily; Mother Desmond Three Three; and Sister Helena, Hung Like A Horse and much joy was had ministering to the gathered faithful.

Mother Premonstratensia, Sister Salomé, and Mother Desmond Three Three proceeded to circumambulate, the park, dispensing blessings, much hilarity, and gathering donations. People, who had not been seen for some time, were met and caught up with, and drinks consumed. Once re-hydrated, the Sisters continued their peregrination from impromptu photo shoot to photo shoot, dispensing cards, blessings and much joyfulness in their wake.

Ultimately it was found that standing just beyond the west entrance to the tent and letting people come to us was much more rewarding, both for ourselves and the gathered faithful.

We continued in this vein all afternoon until our fingers bled and our throats gasped for another sip of elderberry wine. Finally the wimple burn forced us out of habit and to steal away into the night, happy in the knowledge that the faithful, once more emboldened, were sent into the wider world stripped of stigmatic guilt and ready to embrace joy.

We were justly buggered! 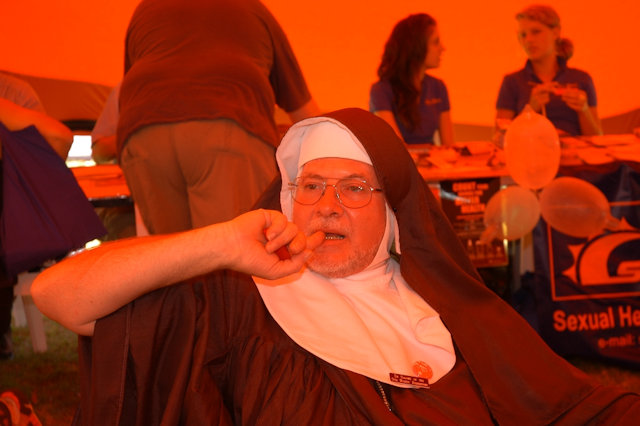 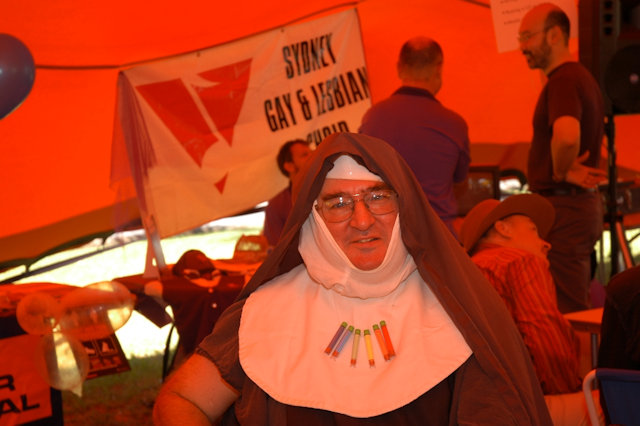 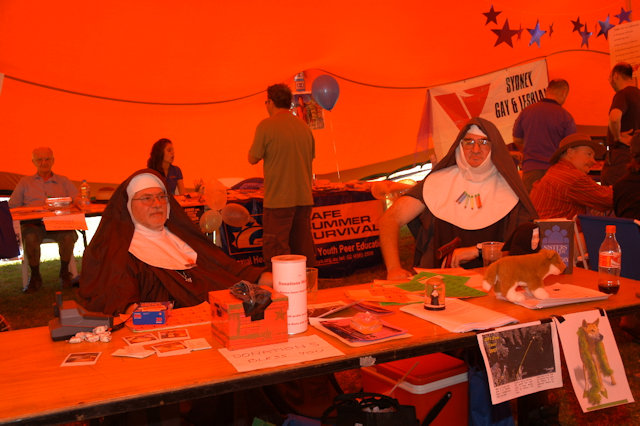 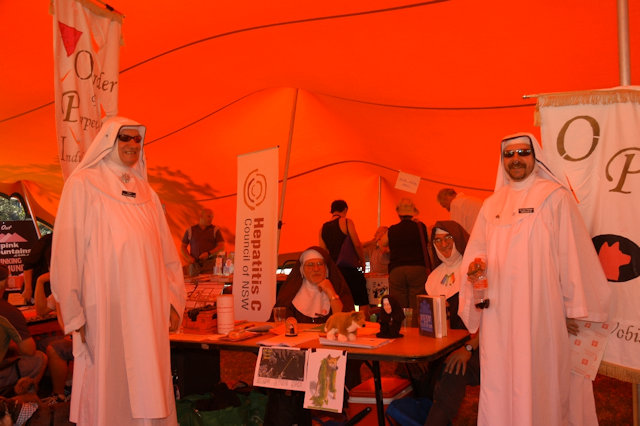 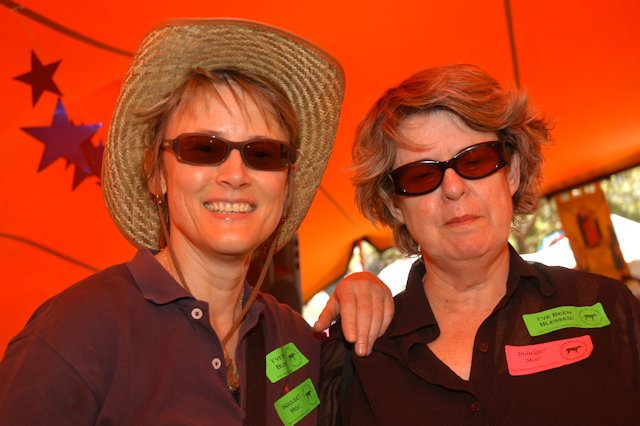 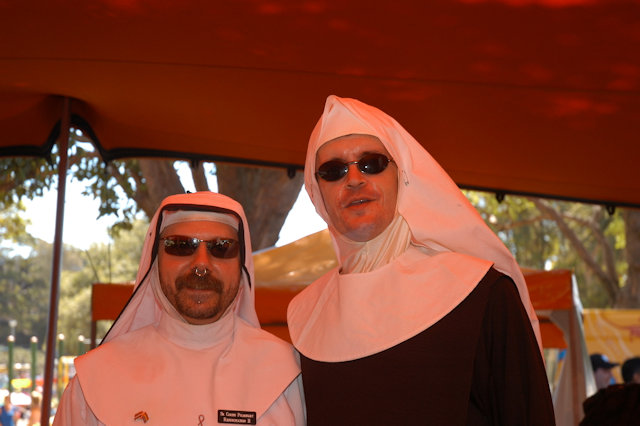 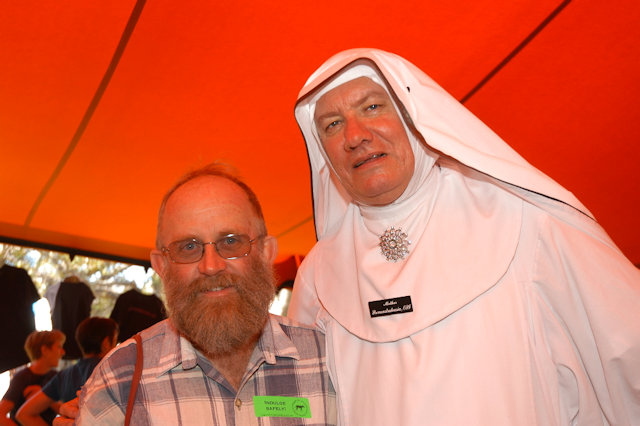 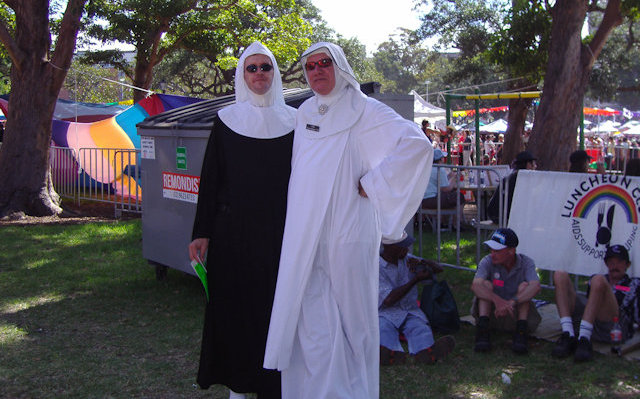 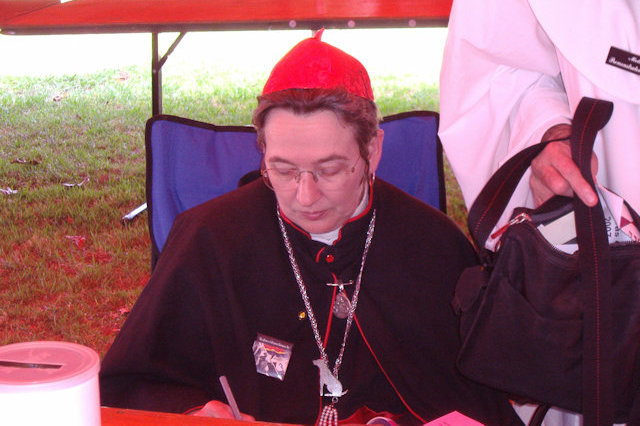 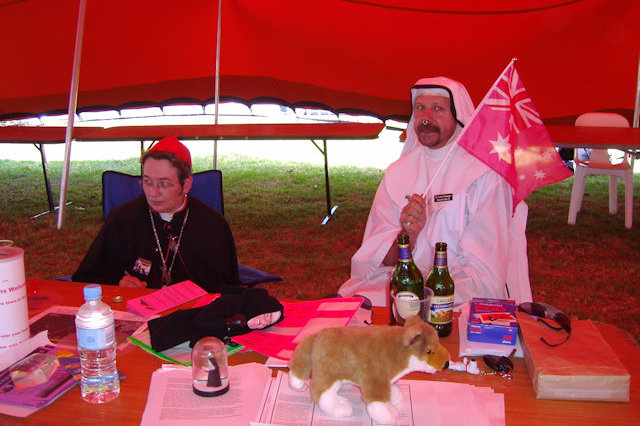 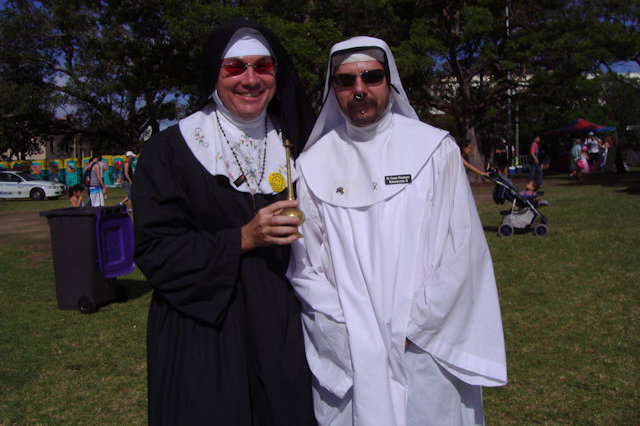