Whisked away by Vice Commodore Neil C. and his sturdy craft, The Quest, were the small but no less intrepid maritime wing of the Order, Sister Cardio Pulmonary Resuscitation II, Novice Sister Helena, Cardinal Titi Chartay Immaculata Deceptionata, and Sister Salomé of the 9th Mystic Rhinestone.

Departing from the North Harbour / Balkgowlah Sailing Club Wharf. the liquor cabinet was promptly unlocked and flung opern. Plunging through the waves of Sydney harbour, buffeted by salty winds the Order “sipped” gin and tonics and other libations to ward of mal-de-mer.

Arriving at Store beach, style and seamanship were displayed by the Order who had to exit the craft onto a damp “rubber duckie”. No one overboard even though the choppy waters conspired against the graceful maintenance of proper habit and decorum.

Store Beach is a hidden treasure located on Sydney’s northern beaches in the village of Manly. It is only accessible by water (boat or Kayak) and is a wonderful little getaway for the adventurous spirit. Store Beach is surrounded by North Head Sanctuary – Sydney Harbour National Park

All too soon it was time for Sister to sound the 'All Aboard' and the crews to weigh anchor. Just another tremendous day on our picturesque harbour. 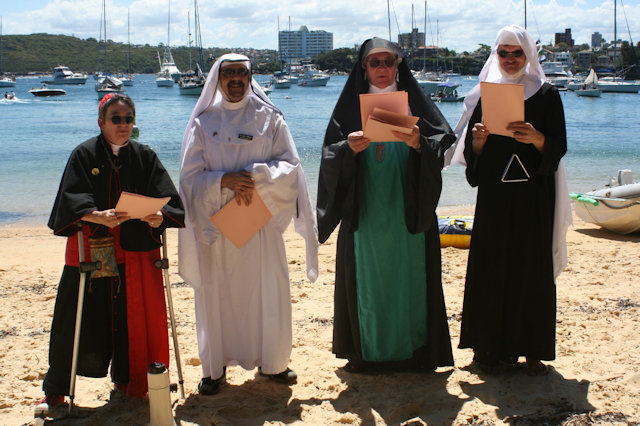 The gathered faithful assemble and rejoice in the subtle witt embedded in the blessing! 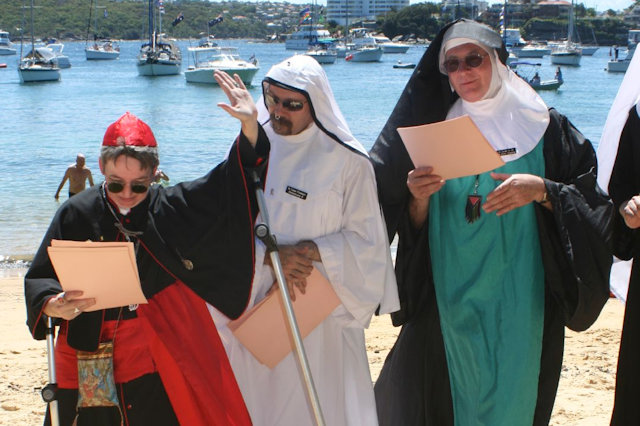 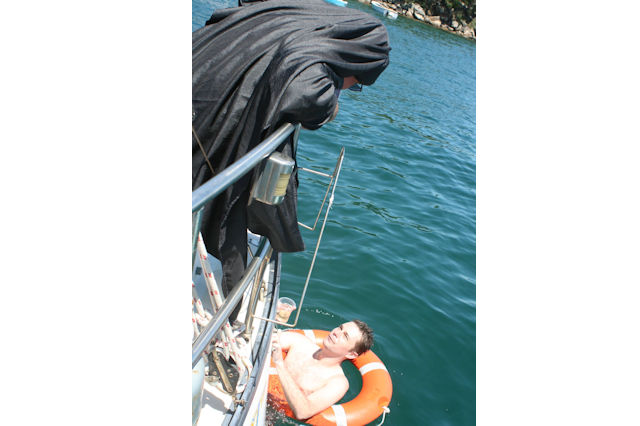 Man overboard... In a life preserver... Holding a glass of what? 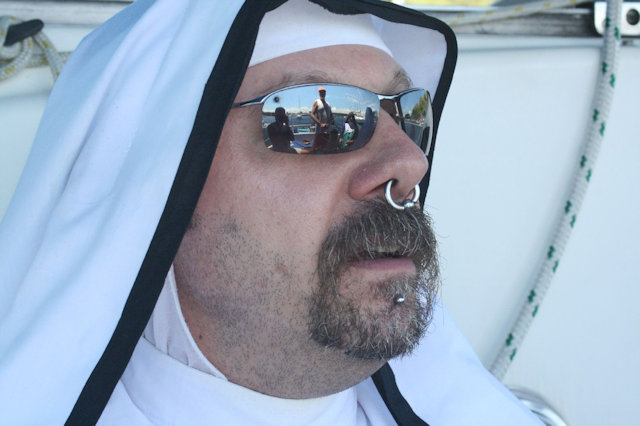 Mmmmm.... always been partial to a man in a captain's uniform! 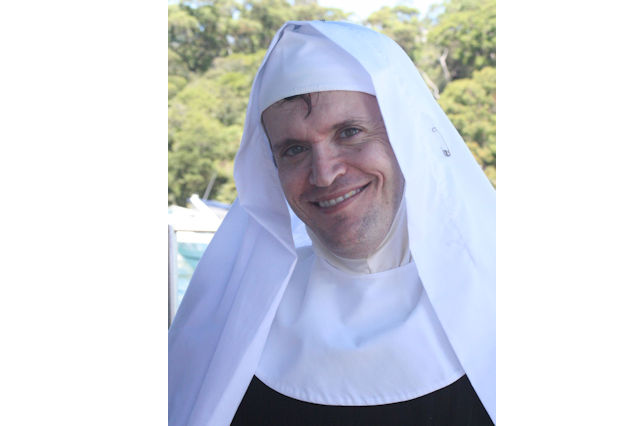 A veneer of innocence can cover many a sin Sister! 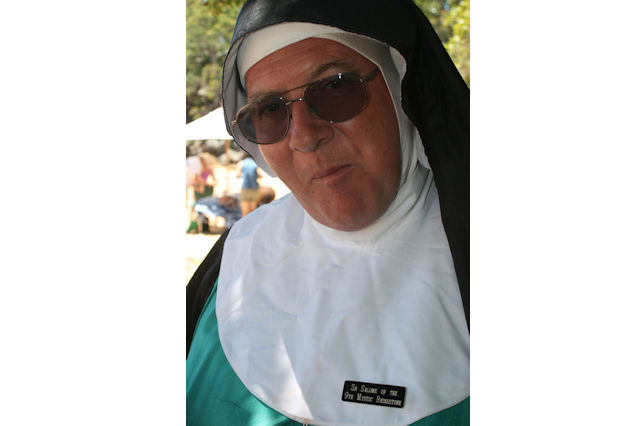 Sister, my lips are sealed! 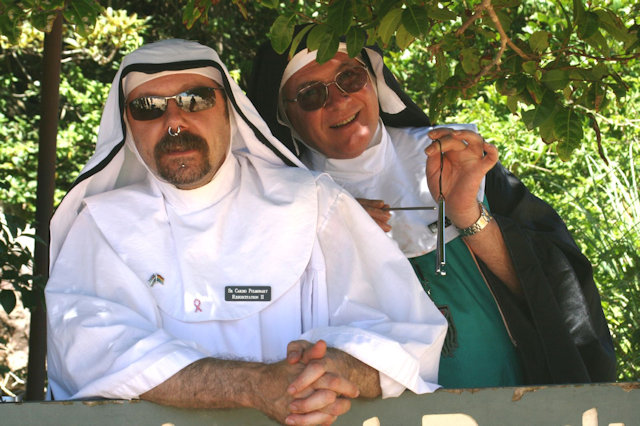 Sound them aboard Sister! Time to weigh anchor!