The Golden Mile & Sex On Premises

Approximately 75 community members and visitors assembled at the designated point in Paddington to set out on an intriguing, entertaining, accurate and extensive visitation with the Sydney House of the Order of Perpetual Indulgence. The procession travelled west along the Golden Mile of Oxford Street to Taylor Square, so keen to hear more of the history of our community the group continued to Oxford Square. Famous and infamous venues and characters of yesterday and today were recalled enroute. Several of the gathered faithful were, and indeed still are very much part of the gay community of Sydney and also shared their recollections of the history of, not to mention their experiences on, the Golden Mile. 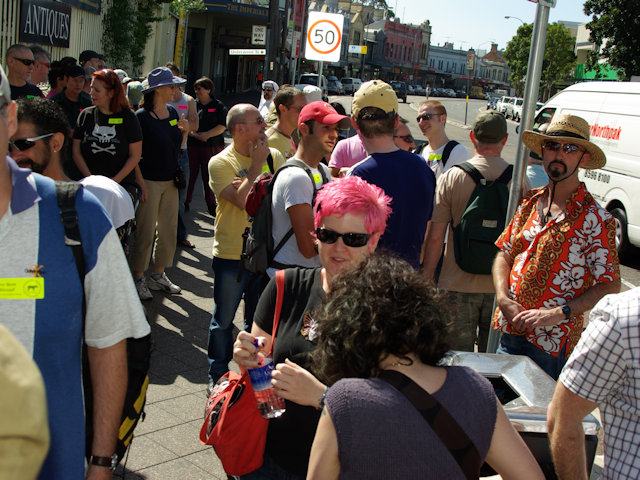 They gathered with antici...pation! 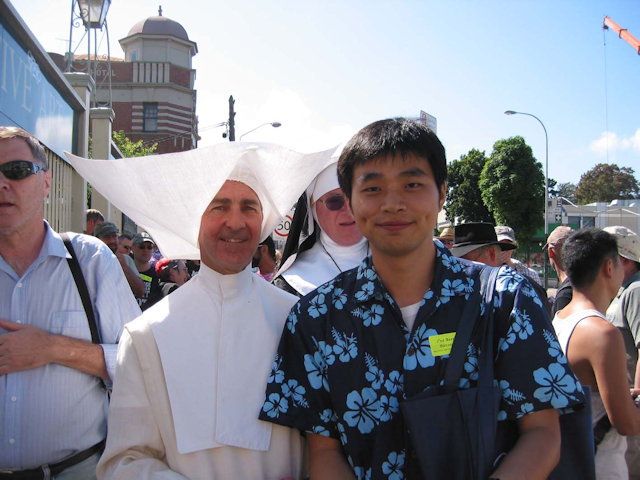 One of the gathered faithful proudly shows his newly acquired blessing, and his smile! 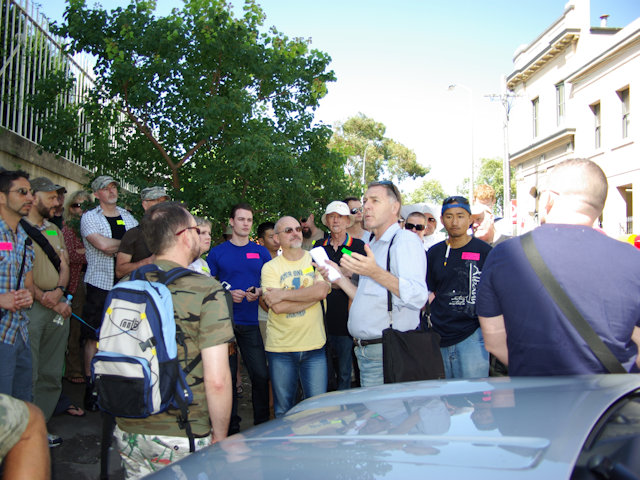 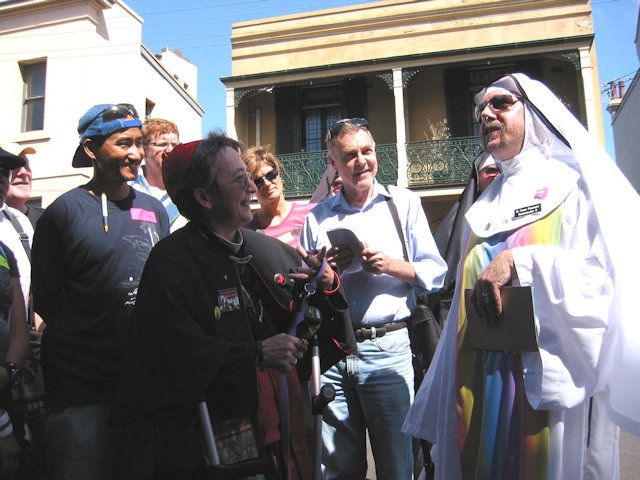 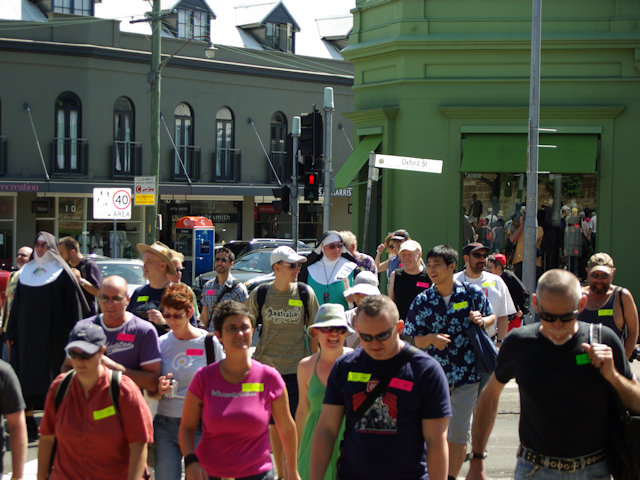 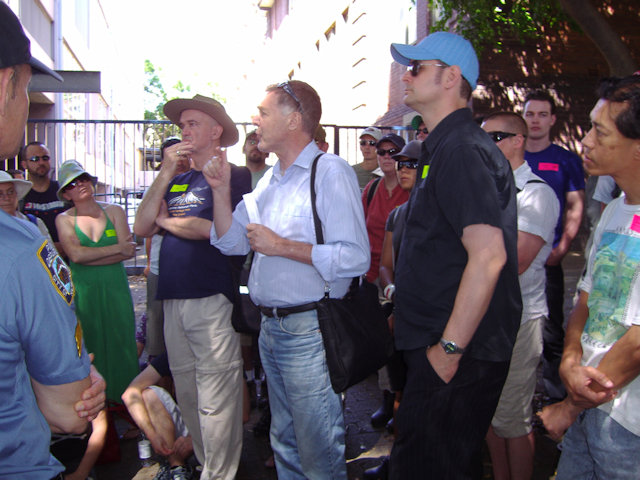 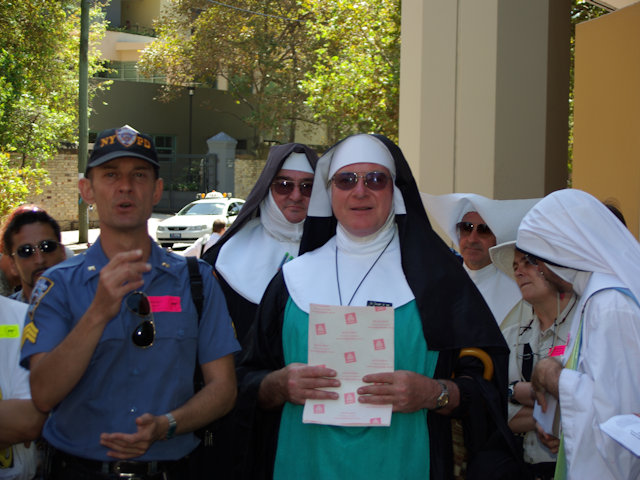 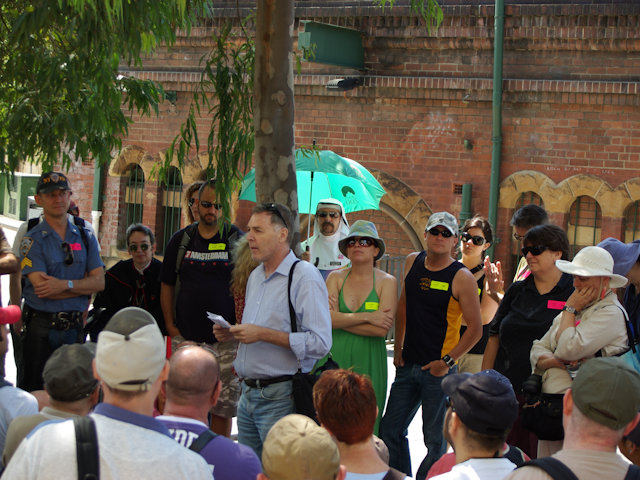 Taylor Square and time to remember the "78ers" and the protest that became a turning point in the fight for Gay & Lesbian rights in Australia. 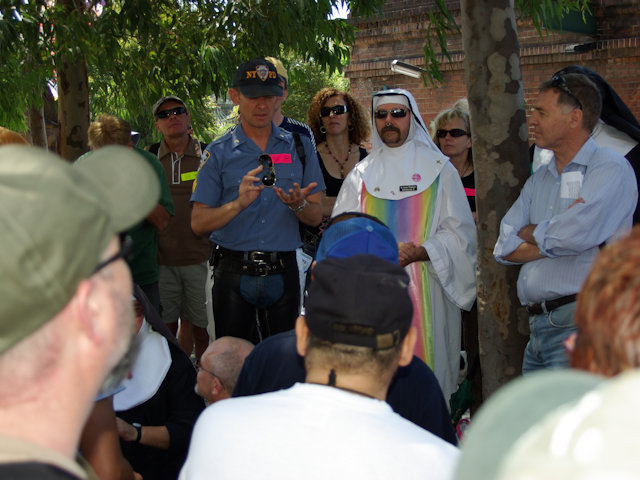 Greg from Sydney Leather Pride Association shares a recolection to the garthered faithful at Taylor Square. 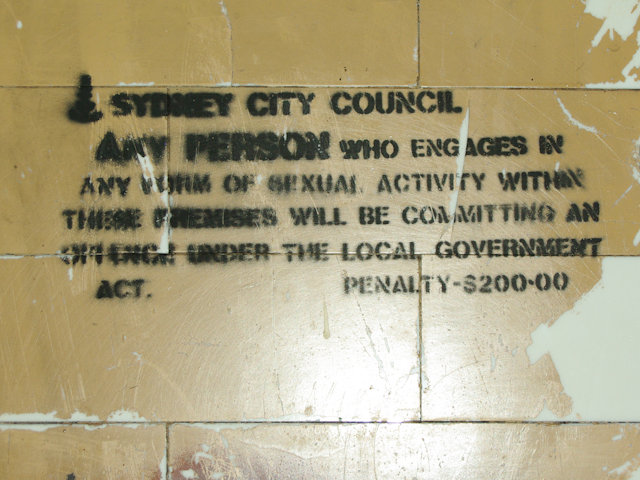 A reminder of the "Summary Offences Act" 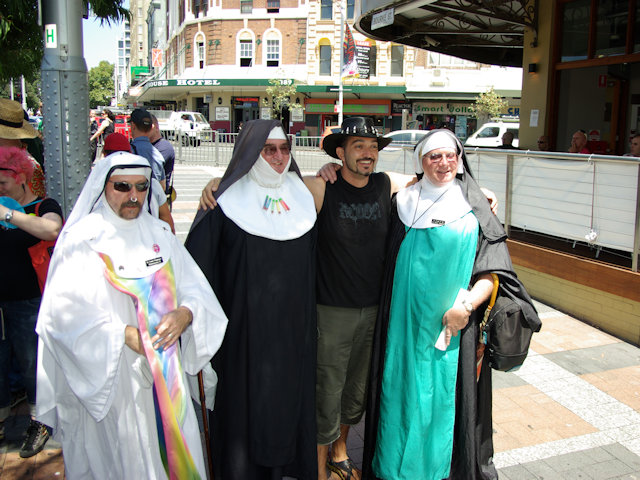 Where did you get that hat? 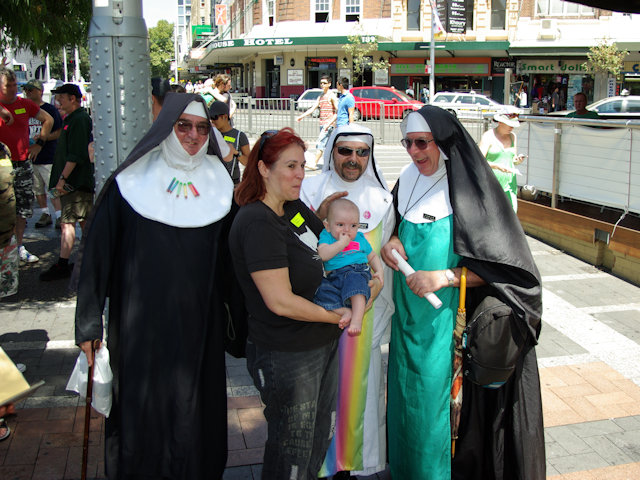 Invoking the Holy Dingo for the youngest of the gathered faithful. 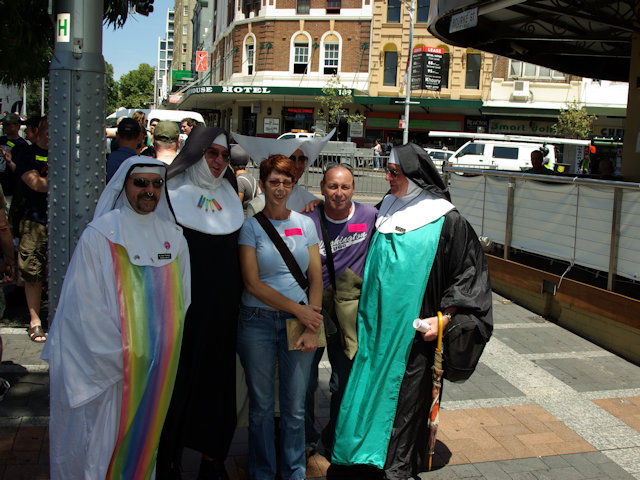 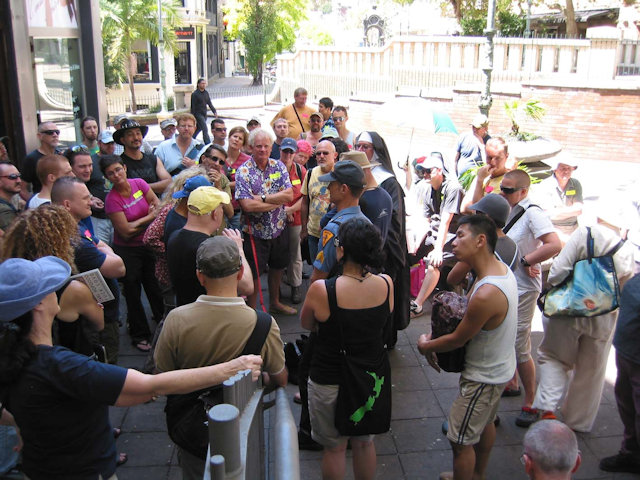 Another local identity emparts a memory to the gathered faithfully who listen intently at Oxford Square. 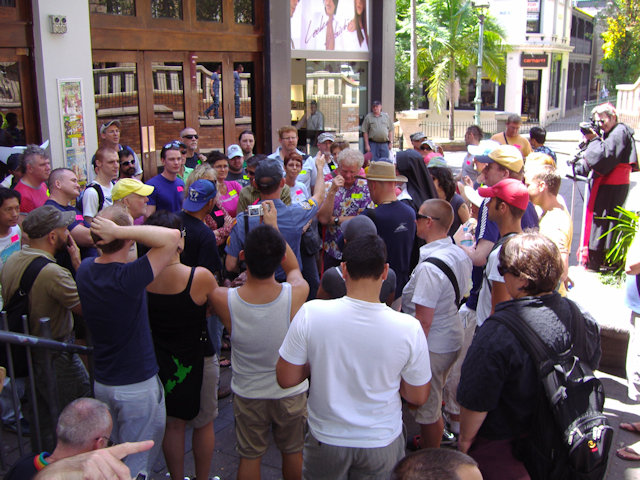 Cardinal Titi records the moment as Greg talks of venues past in the Oxford Square area. 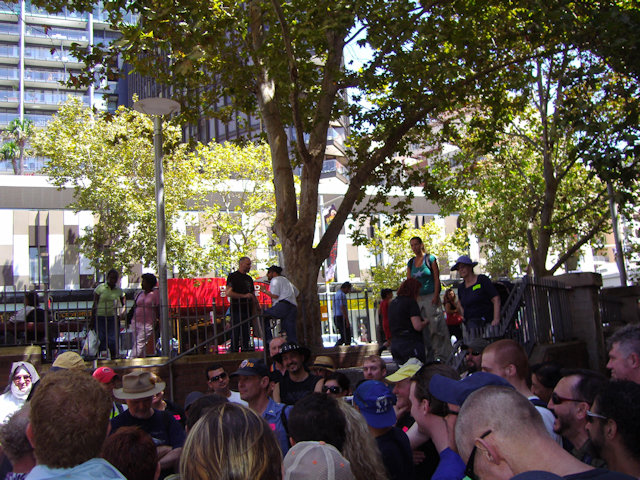 Even passers-by pause to listen. 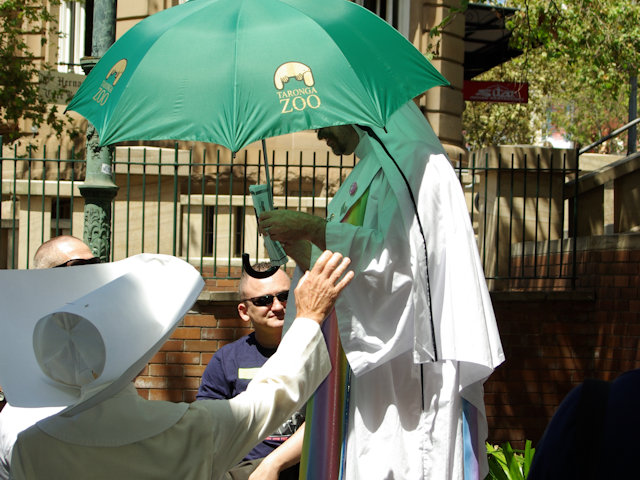 Sr CPRII shares a memory while Sr Mary Go Round is also eager to elabourate! 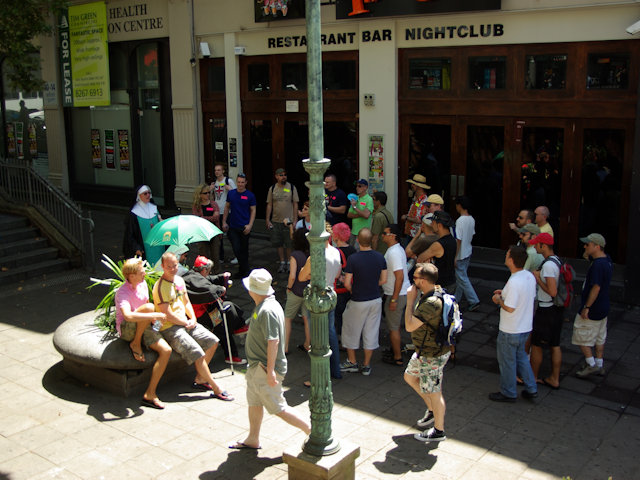 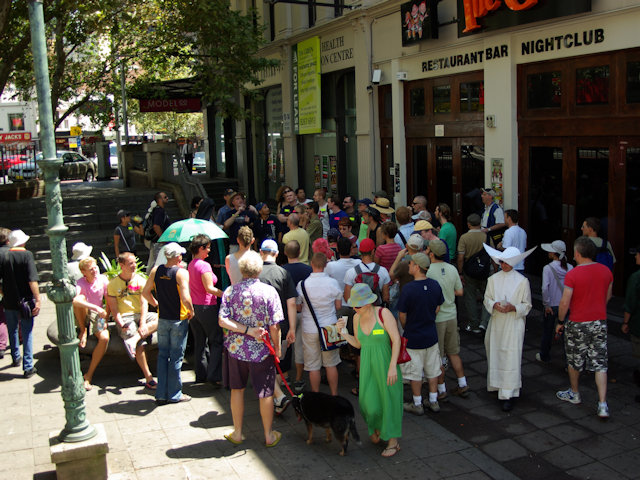 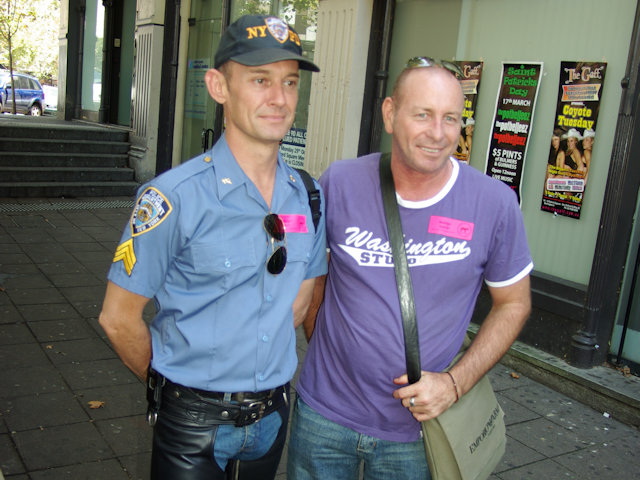 "Never could resist and man in uniform!" 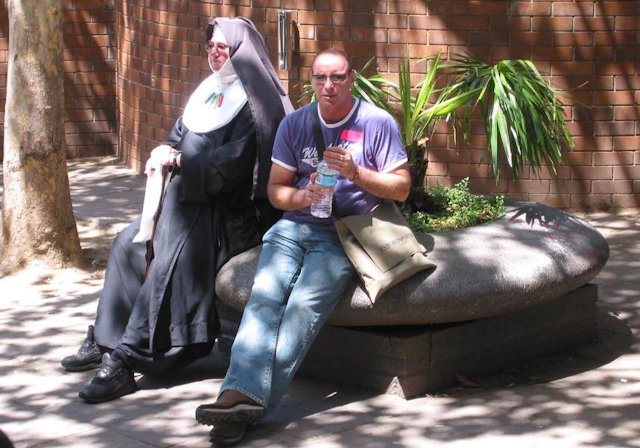 A chance to rest ones weary feet at the end of a very titilating and informative perambulation. 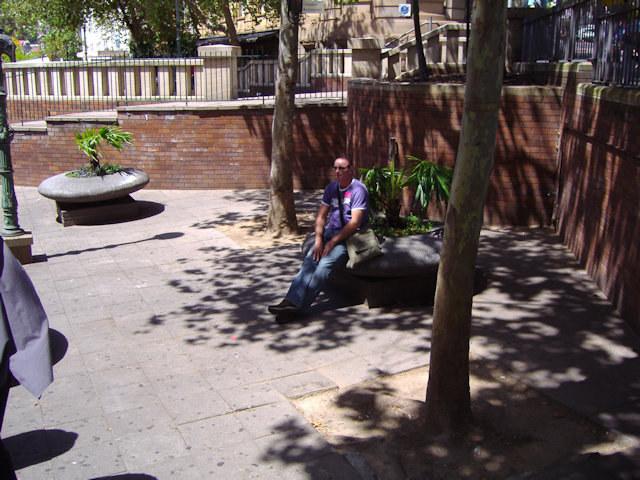 One of the gathered faithful takes time for reflection.