What a fantastic time was had by all those who joined the excitement of the Mardi Gras parade.

This year’s parade entry focused on thirty years of activism by the Sydney Sisters. Glamour, colour and movement were the order of the day for the Sisters.

A variety of transportation methods were utilized by the Sisters in negotiating the parade route this year. These included two convertibles, each carrying a sister, the first representing dark desires and the second, a celebration of all that is good. A smaller pope mobile carried the pope and her lover, she-devil, kept in line by two uniformed SFPD volunteers. Mother Premonstratensia resplendent in the silver lamé habit cruised the parade on an electric scooter, while Sister Rowena the Rotten Roadside Root tore up the asphalt on a pink wheeled Razor scooter, a more physical ride! Three somewhat wild and wayward sisters used Segways to race to and fro around the other sisters en-route to rapturous cries from the gathered faithful along the parade route.

We were also joined this year by a number of visiting Sisters from the Adelaide house who walked with other Sydney Sisters.

The drive for equal recognition of relationships also featured in the group with Mother Premontratensia presiding over a relationships celebration held at Taylor Square during the parade. 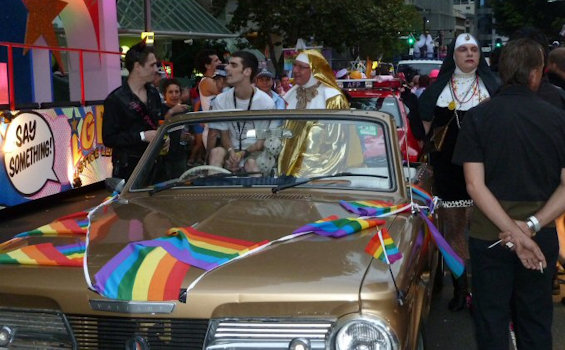 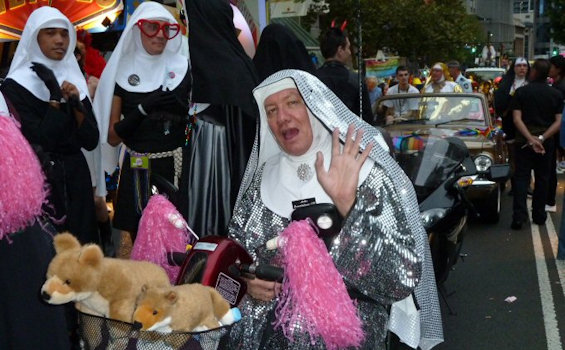 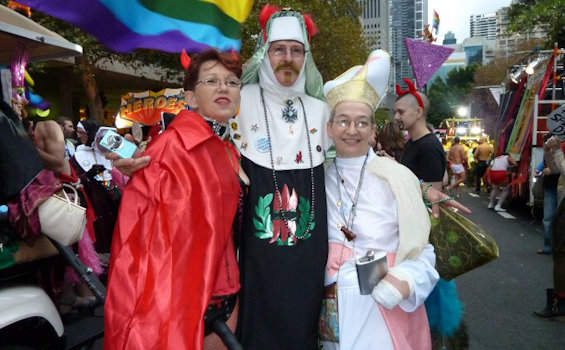 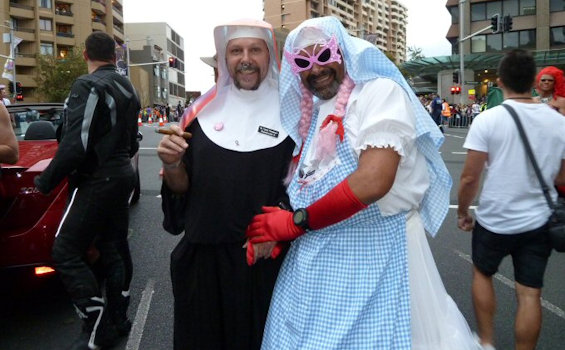 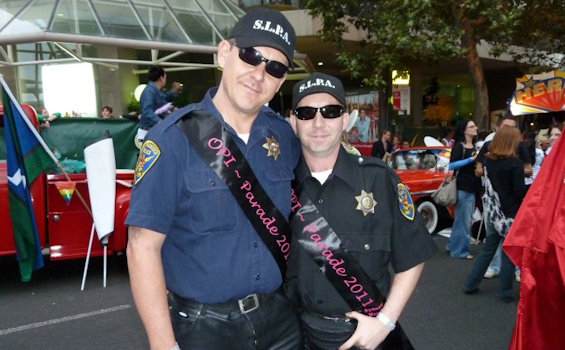 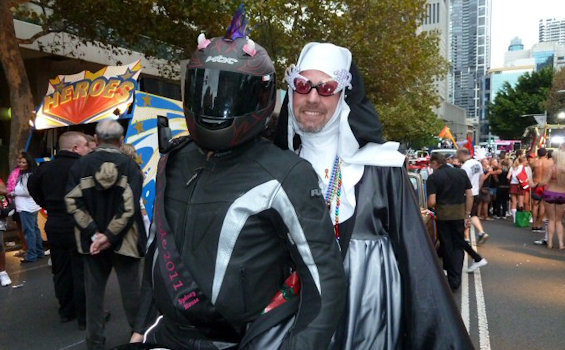 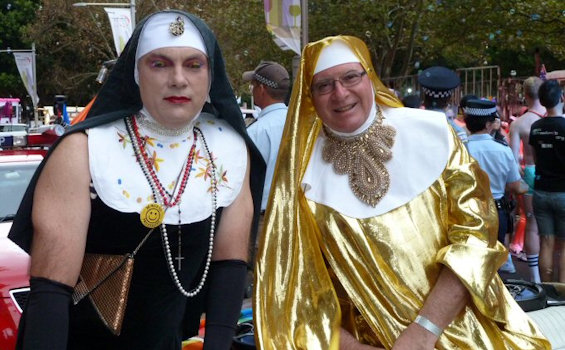 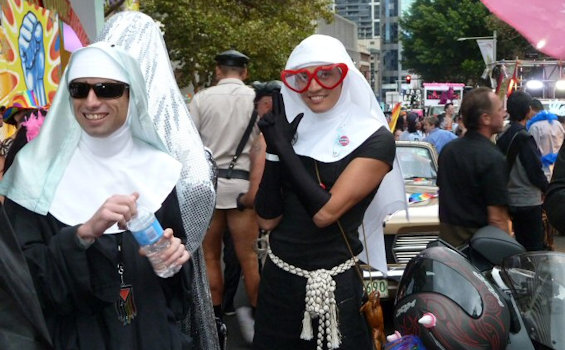 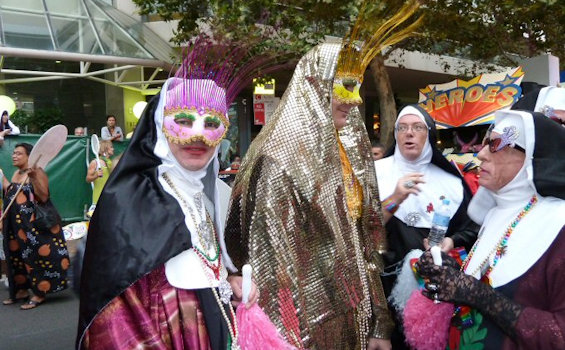 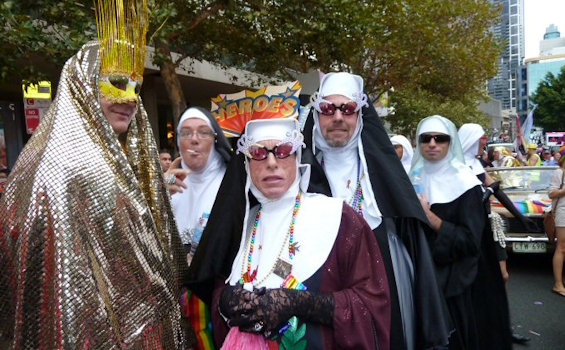 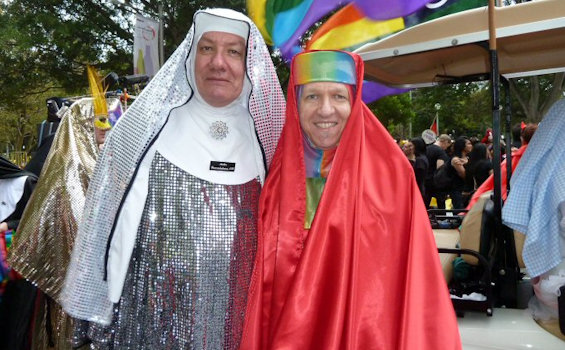 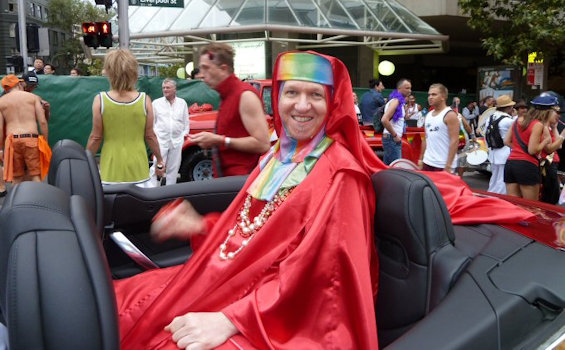 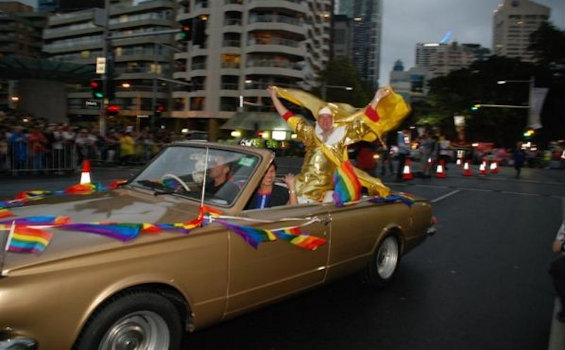 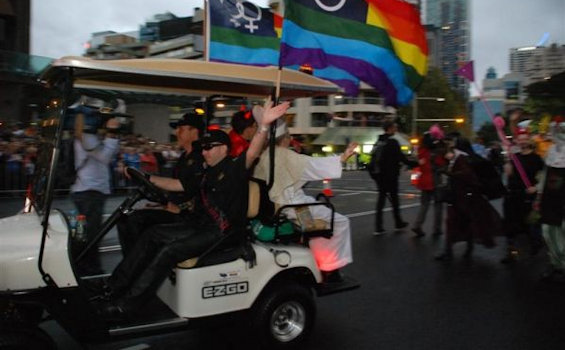 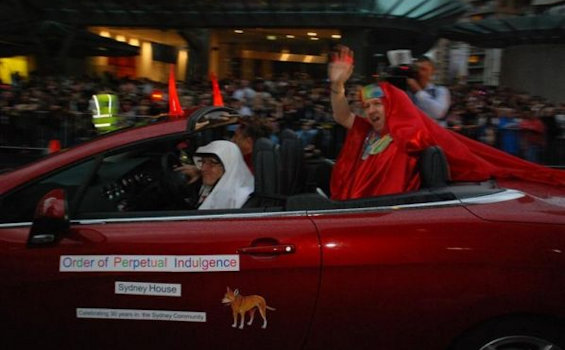 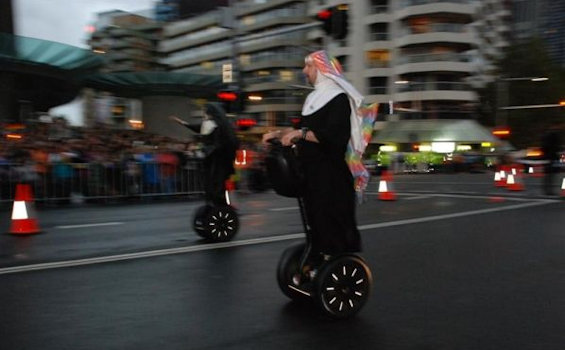 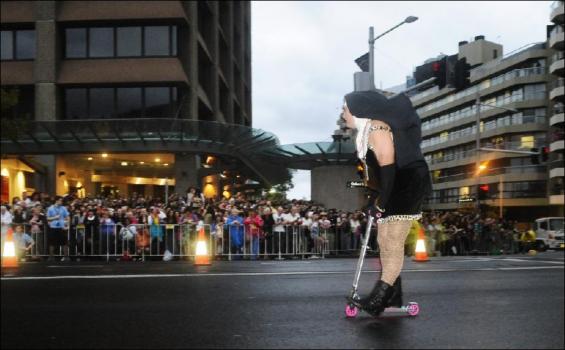 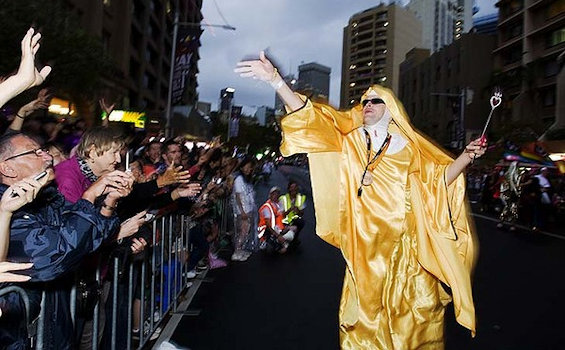