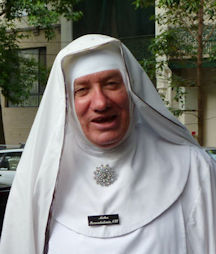 This little black nun found it to be wonderfully ironic, that Mother Pre (as he was more usually known in Sydney) should die the day before the Sydney House was meeting to discuss our possible activities in a very changed Mardi Gras in 2021 - dying in his beloved Adelaide, surrounded by his family, who had insisted that he return to his roots. He was so grateful for that invitation (or dare I write insistence), so very grateful.

I had known Mthr Pre for over 35 years … yes, years before he entered the convent. The reason for our meeting all those years ago is not so important, but he remembered so very clearly coming to my house with friends of mine in the mid 1980s. 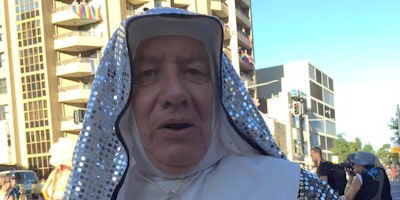 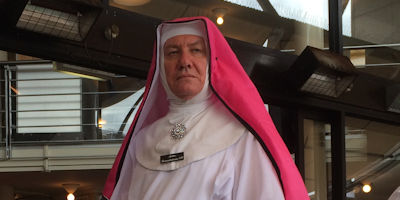 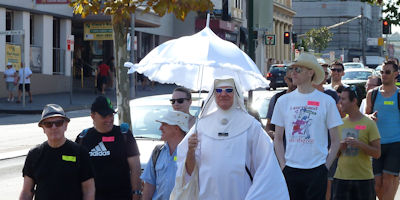 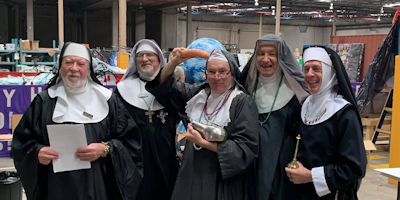 I was very grateful that on his last night in Sydney, he spent a couple of sitting with me, knocking back a few vinos: the pair of us realizing the unspoken that we didn’t know what his future path would be, or whether we would even meet-up again on this mortal plane … but we both reminisced with great gusto of both our personal interactions, and our more sisterly ones.

Mthr Pre made for a most impressive Nun. All 6’ some 6” tall (sorry, I’m old, and still use Imperial measures for height!). Very astute and wise, caring and kindly, and possessing a formidable intellect, and unfailingle curious: he was a very fine and important member of the Sydney House more than 20 years. 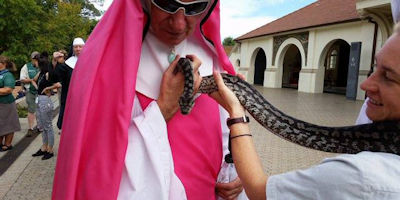 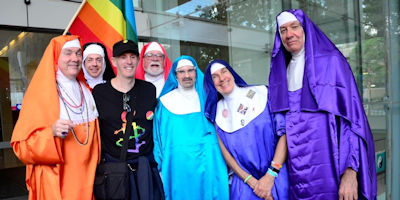 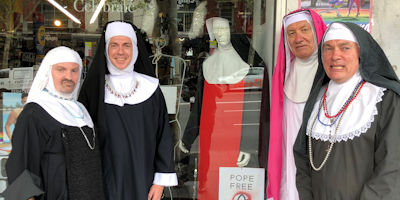 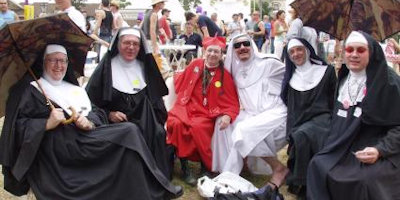 He had come across to Sydney for training, was welcomed into the Sisters and his profession ceremony was presided over by Mother Abbyss (in about 1992). Following which he returned to Adelaide and set about endowing the Adelaide House. Even after he moved back to Sydney he never lost contact with the members of the Adelaide House (and dare I say, he always continued to display that’s Convent most exacting standard of his personal presentation … something that the Adelaide House was famed for).

Mthr Pre’s secular alter-ego (Bill Bennett) was extraordinarily engaging. He was famed as a music teacher for children; and he also did a lot of house and cat and dog-sitting … not unsurprisingly for the some of the families whose children he taught.

And he was no mean cook. Although this little carnivore deplored his adopting a vegan diet in his later years …

He continued working within the Dept of Justice at the Central Courts until shortly before returning to Adelaide … he really used to enjoy his work there … not bad for someone in their early- mid 70s. 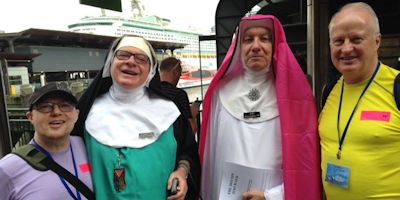 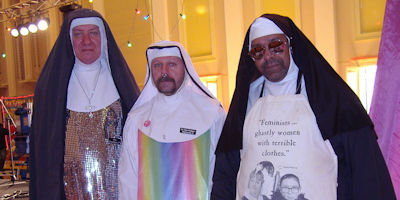 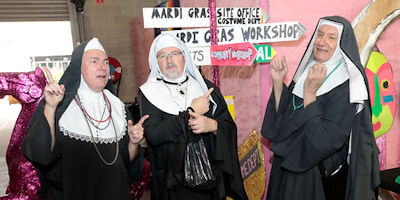 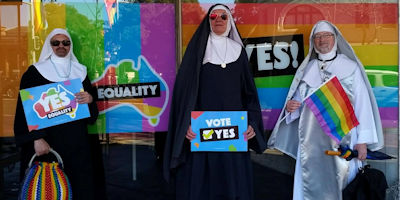 There’s a special place in my heart for Bill, as it was to his place that my partner (the late Sr Carmen Getit) and I went to on our first Christmas Night; and, on the mantle here, there is a photo of the pair of us reclining (or is that declining?) on the stairs.

Dear Mother Pre, you will be sadly missed by the Sisters (and Saints, Cardinals, other canonical hierarchical members) of the Order of Perpetual Indulgence. 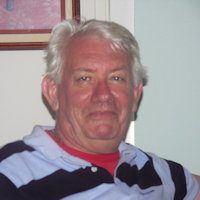 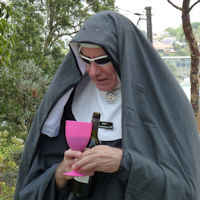 During these difficult times of travel restrictions,
If you were unable to attend William's funeral but would like to view it on line, please follow this link.
https://vimeo.com/478316774